Andy Niekamp, the Chief Adventure Officer of Outdoor Adventure Connection, has been leading adventure trips for decades, and has more than 30 years of back-country experience. He currently hikes more than a thousand miles a year.

A native of Kettering, Ohio, Andy got his start as a Boy Scout and attained the ranking of Eagle Scout. After completing a successful career in information technology in 2010, Andy decided to pursue his passion and introduce others to backpacking and hiking. Today, Andy is the founder and organizer of Dayton Hikers, the largest outdoor recreation club in Dayton, Ohio with 6,000+ members.

Andy Niekamp has hiked in more than 30 different states, from the east coast to the west coast and from Minnesota to Florida. 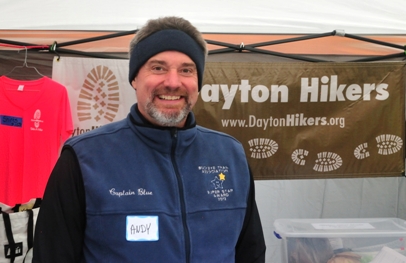 
At Outdoor Adventure Connection, your safety is important to us. We want you to acquire the skills you need, and we constantly learn from the experts so that we are prepared for any challenge.


When Andy is not out hiking, he can be found volunteering for the organizations below. Andy has received recognition for his volunteer efforts.

I really liked the planning that was evident on this trip. No one can predict the weather - and we certainly experienced 3 of the 4 seasons - but there were plans in place to deal with whatever mother nature threw at us. – Linda M.